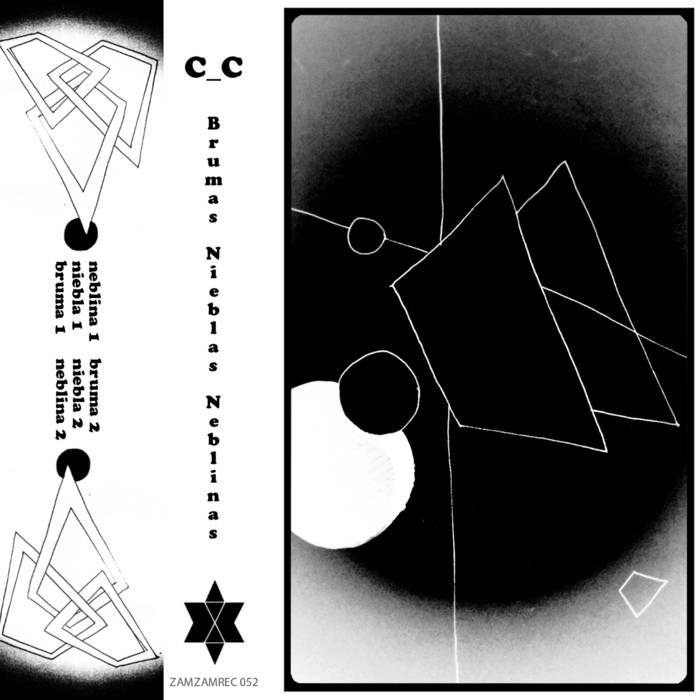 ambientondestruction Got me dancing alone in my kitchen. Favorite track: niebla 1.

"My name is Eduardo Ribuyo. My stage name is c_c.
So you can put whatever you want after c and c.
I make electronic music, often saturated,
At least, when i play live...

For one of my first concert,
I wanted to find a small lamp,
Just to have some light on my machines in the dark.
And at the store near my house, they didn't have any small lamps.
They only had mini strobs. So I bought one and tested it that night,
A long time ago,
And I liked it!

For me, since I'm always looking at my machines,
And they are basically illuminated by the stroboscope,
I feel like it creates an effect, where I sort of loose it a bit.

I'm used to play in front of the stage, among the people.
I need to hear exactly what the people are hearing.
I feel weird being far and not at the same level.
It's also kind of an “ethical” thing, if you will.

When people talk about trance and meditation,
The states I'm in when I play, it feels like that sort of thing.
One thing's for sure, I became a little addicted to that sensation.

The rhythm boxes, even the effects pedals, the mixer,
To me, they are part of the instrument in their own right.
The venue's sound system, amplifiers, or even the room,
All that is the prolongation of my instrument.

I have several rhythm boxes,
And a few little synths that generate sounds.
Then all of that goes into my mixer.
From my mixer, I have two effects outputs,
That allow me to send the sounds that are generated,
Into the effects pedals.
Then, the effects go back to the mixer, through over inputs.
So it creates a loop and generates a sound on its own.
And it's the same phenomenon as with a mic in the air,
A mic with a speaker : feedback, larsen.

And also, I like this sound,
a bit amiss, warm, a little crushed..."