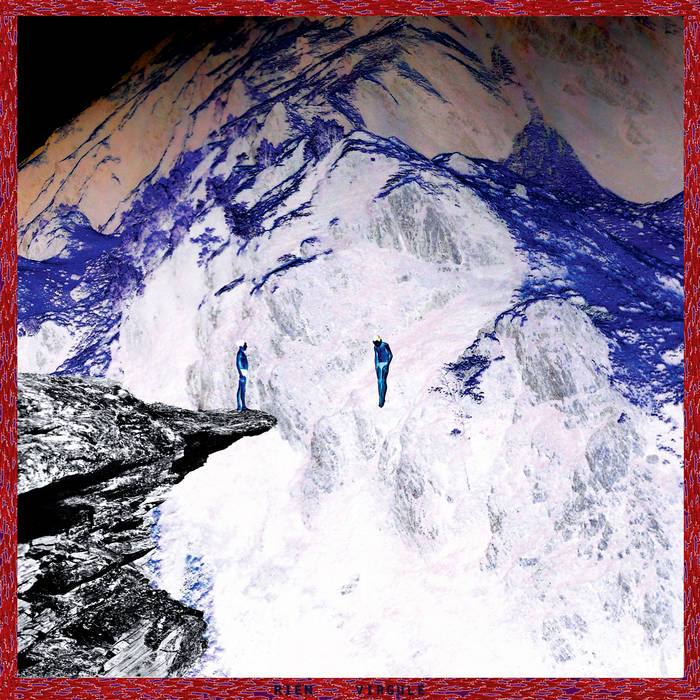 No one could have known if the band would have carried on
after the loss of Jean-Marc, neither would have the remaining
members, Anne, Mathias and Manuel. How can one
overcome such an ordeal? As life was flowing on the edges of
grief, and as the three of them were playing together, a
conclusion slowly revealed : a burning lifeblood between
them, irrigating the grooves of their previous records, which
fascinated every audience attending their concerts or – dare
one say – their happenings. Rien Virgule was still alive. Then
came the urge to go back to work and make a third record.
Unlike its title coming from a haiku (‘La Consolation des
Violettes’, ie. ‘The Solace of Violets’), a radically short form of
poetry, the album itself chooses to stretch its limbs, to free
itself from the innate constraints of a simple LP, to spread its
wings in order to attain an unprecedented stature. While one
can recite a haiku within a breath, the music of Rien Virgule
unleashes a myriad of them. It is crafted by the different
journeys of each of its members, who staggered in the
corridors of experimental music for a long time before
delivering a very personal vision of pop music, as White
Noise did in their time.

One can understand the full extent of the band with the
length of this record. Its perfectly blends, thanks to its almost
scientific, precise sense of narration, some written pieces on
wich one can swear to hear the melodic curls of Robert
Wyatt, and totally spontaneous jams. Those latter are cut
then glued back so much, likewise Teo Macero’s work for the
records of Miles Davis, that they tend to form fairy tales from
a lab written with magnetic tape.

Jean-Marc, and his noisy DIY instrumentarium, gave its part
of chaos to the other members of the band, who are keeping
on making a clutter made of metal and broken glass
resonate, as if they were sparks of life. ‘La Consolation des
Violettes’ is a woven universe of travellings on the edge of
ruin and poems drawn with a soldering iron, possessed with
an impetus of visceral liberty, a vibrating and profoundly
moving music.