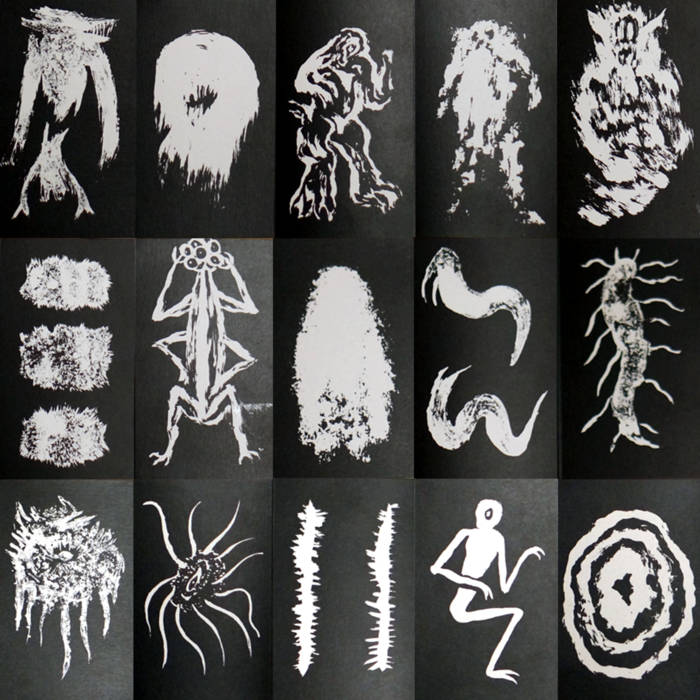 Héloïse et Olmo run ZAMZAM RECORDS since 2011 publishing the music and artworks of multiple and diverse "noisu" creatures on cassettes and online.
They come from France, Italy, Switzerland, lived in Bristol for 5 years and recently moved in a remote land of nature and music somewhere in France.

In 2012 they have started to organize < FAG RADIO > shows (__evenings of concerts, recorded, broadcasted live and archived on the Internet. Paul Allen > Anthroprophh > The Heads was resident DJ along with Ross Roberts > Bumtapes. Over its 3 years period FagRadio has showcased over 80 live performances from visiting musicians and local artists. The show also travelled, broadcasting from other spaces and festivals in the UK and Europe, before relocating and broadcasting it's last few closing transmissions from 'The ZZZone' warehouse.
They also organised gigs and tours. Zamzam EVENTS have occurred in various and mysterious places (__practice rooms, caves, crypt, churches, warehouse, garage, prison, squats, shed, roof, courtyards, manor, mill, bars, venues, hotel, museums, bookshop, library, cinema, art spaces, festivals, in Uk and beyond.

In August 2015 they decided to enter a new era and stepped in the ZamZamRealm of skies, trees and silent nights...
They carry on with the label. They published more tapes and opened a new cycle of ZZradio. They also inaugurated zamzam_workshops and activities as an association, but mostly compose and record music.

As musicians and curators, they work on creating a sonic portal, art pathway between here and there.They think magic and travel like waves, commune and correspond with a myriad of musicians, artists, collectives, labels, venues, galleries, recshops, radios and passionate souls all over the galaxy, imagining and WEAVING the routes and the sound rituals of tomorrow*******