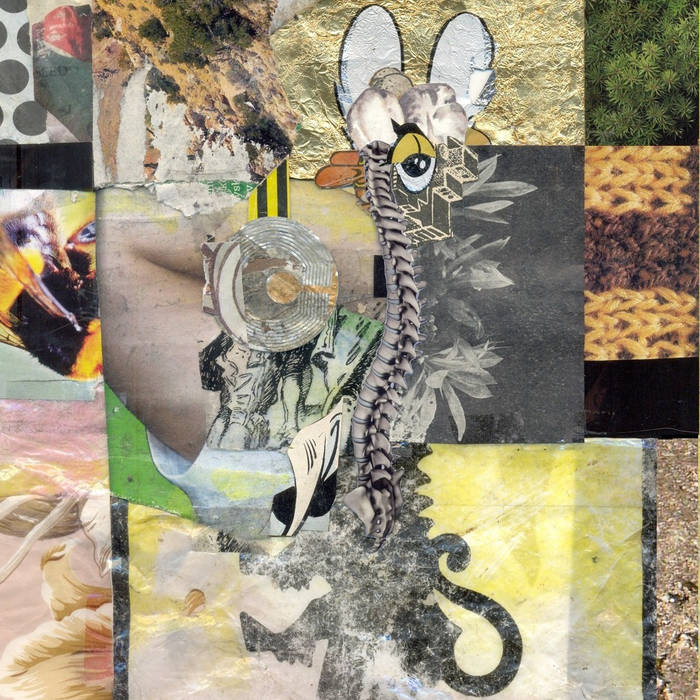 Matt Misso this is my favorite tape packaging in my collection. artful attention to detail. plenty of wild music. double cassette

Before I start making music I see everything as indistinguishable tangle of junk.

Drank coffee cup, shredded nat geo, pencil, battery, wooden percussion, incomplete sentence,
4/4 rhythm, accelerated radio glitch, lighter, impossible plan, piece of plastic from chocolate, old cheesy loop,
another empty cup, memory of a picture of a dinosaur, scissors, shadows of a daily routine, temperature of the room,
paper, carpet, that thing that persisted from a video game, arrhythmic loop, reflection from a window, pineapple,
memory of something linked to something else, phone number, that thing that I forgot, cup of tea, coins, loop,
half-forgotten dream, dictaphone recording, Monday, spoon, pin, some film from childhood, CD, book,
paper with an unreadable text, feather, slowed-down Casio, knife, for what I needed the pin? and another loop.

Maybe I should clear it all, but instead, I'm waiting for the next evolution shift
that would bring new species of bacteria and fungi which will decompose all of that mess
regardless of its origin and prepare it for a brand new ecosystem consisting of mysterious organisms,
which will overcome the limits of what's natural, human, digital, technical, animal, physical or mental.

In more trite words, my music is based on harmonious/disharmonious or rhythmical/arrhythmical layering of loops,
repeated transformations of previous material. Vague memories of what once was called IDM, rave or chill out music.
Trying to merging boundaries between that what's naive-amateurish, abstract-experimental, concrete-organic, digital or dusty.
Conjunction of reckless coincidence and confused intuition.

All of this with a purpose to let you grow a second pair of eyes from your ears.