The Greedy Raven And The Four Branches 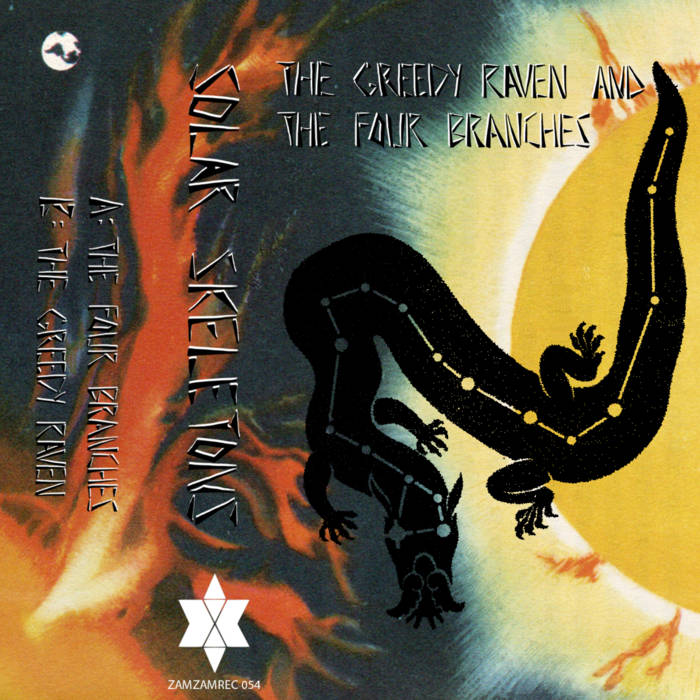 For this recording Solar Skeletons were :

Dear Earthlings,
In 2006 Solar Skeletons rided their astral horses to land on earth,
more precisely in Washington D.C. because some guys they met who were roaming around the sun told them the supposedly chief of the planet was there.

Their aim is to guide humanity to its final redemption and finish the work of heliogabalus and his gang, venerating the almighty monolith in order to penetrate the black sun.

To achieve their mission they've chosen the musical weapon without any limit of genre to bring as many humans as possible to understand the solar message.