Pan And The Master Pipers 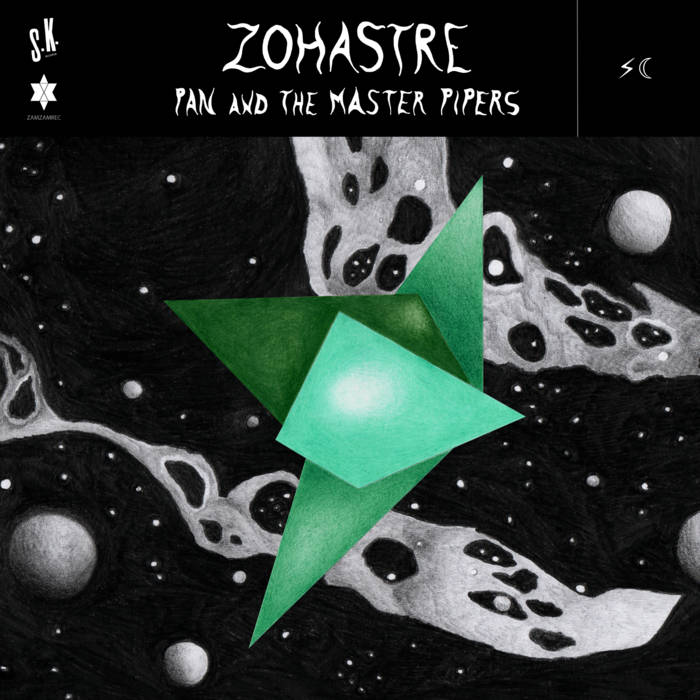 ZOHASTRE is the French-Italian duo of Héloïse/H and Olmo/Uiutna - wild drumming and bewitched electronics. ZOHASTRE is a magical and astronomical word game inspired by the language of the birds, sonic meld of sounds, astral bodies and letters. And a reference to Zarathustra.

Celestial in its reach, yet retaining an earthen warmth, their music obliquely references a whole bunch of experimental/noise/rock/electronic approaches while sounding not like any of them. It feels more like gliding through a different, counter-logical world, where everything shifts and moves, just like in a dream or in a world of illusions.

ZOHASTRE unleash impro-ritualistic dream-music for trance-like FX and galactic diversions. As troubadours from outer space, practising mesmeric audio gestures, they venture to an hallucinated trip through the night, the forest, the universe...

We're part of a quest : embarked in an Odyssey destined to the other side of the galaxy, we cross the Forests, encounter the Oracle, venture through the Strange Starry Night, always following the sound of The Master Pipers, guided by Pan, god of the wild, nature and rustic music.

For this new album, they have been working with Viktor Konwicki, who created a videogame and produced videoclips, where each track of the record is a level of the game. Listening to the music, he invented new virtual lands and developed each plateform with special features and visual FX, allowing freeform wanders and hallucinations. The physics are crazy in there! Just like in ZOHASTRE's compositions.

They work on complex pattern, riffs and rhythms, play with a lot of different instruments both traditional and modern. And the way they're using acoustic drums with analogue synths, tapes and bird whistles, going through fuzz, delay and octaver pedals, express the will to condense “past and superfuture”, to create a weird “primitive/futuristic” sound.

They tempt to connect with ancestral emotions, activate distant memories, techniques and sonorities to deliver an intense and atemporal experience, celebrating the Eternal Return and Cycle of Life.

And so they delve into psychedelic spheres : drony yet volatile sounds, heavy and deconstructed rhythms, enchanting and shrilling bagpipes, echoing in a sea of shooting stars*******